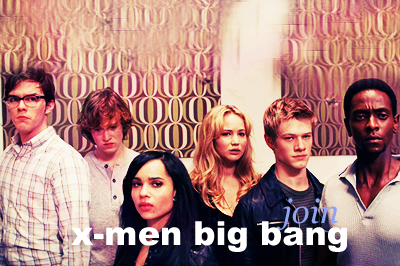 Please remember that all replies to the prompt must be at least 100 words, but there is NO max in length. Please post in a seperate entry, not in the comments... and remember to TAG it! :) And no time limit!!!

Still have a tie for the last question in the poll. :/

This community is for you!

Title: Better Days
Rating: PG13 for language
Summary: Heroes/X-Men Crossover with Scott and Claire. This was written in response to a prompt at comment_fic on livejournal from flareonfury. The prompt was Cyclops/Claire, daughter, and it was such a cool idea I tried it, even though I have not written much about Scott (so be tolerant of my failings please :). This is about them finding something new together after leaving their old lives behind. Not romance.
Spoilers: Volume 4 of Heroes, various X-Men movies.
Warnings: Character death (references to canon deaths). Also HRG-bashing (I like him personally, but it's from the perspective of a resentful daughter and a guy who knew him as a Company man).
Disclaimer: I don't own either.

fivebyfiction prompt Juggernaut and also written for my "Summer of Blues & Love" Drabble-A-Thon prompt Claire/Cyclops - "I don't need protecting". This turned out kind crackish... heh. I have no idea what possesed me to write this, but well, it wanted to be written.
[ ...Table... ]

Title: Care for a Game?
Fandom(s): Heroes/X-Men.
Character(s)/Pairing(s): Elle Bishop/Remy 'Gambit' Lebeau.
Rating: PG.
Spoiler(s)/Warning(s): None really...unless you haven't seen any of the Trailers for X-Men Origins...cause this is kinda based of a similar scene in one of them...just say. Just a little...lol...not really XD.
Author Notes: Right...Well I was picturing movie!Gambit(from Origins) as I wrote this very short piece, but since I don't know how fitting his personality is in the movie compared to the comic and cartoon versions...this can be any version!Remy :p. Although I also use the movie bit with him having a normal eye color and then it changing to the typical red we are all used too.
For:

(Care for a Game?)
Collapse